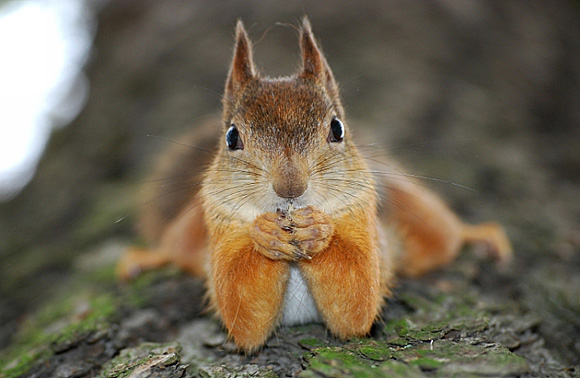 Writing about a sensitive topic is a challenge. How to get the tone just right? How to avoid pity? How to leave the reader hopeful and positive, rather than sad? This writer struggled with all of these questions, and took some detours that didn’t work (and one that made his parents a little worried!). In the end, he struck just the right balance.

The squirrel was in more trouble than we initially thought. Its leg was injured beyond foreseeable repair. We decided to put the squirrel down. We expected this to be quick. I mean, come on it’s a squirrel, what could happen?

Jake, Ashok, and I soon discovered that we were jumping into a morally complex situation with no planning or experience. Everything we tried at first failed, the group could not work cohesively. As the pressure kept mounting, we felt we were on the verge of breaking down. We tried using a dart gun; and almost destroyed the fragile cohesiveness that held the three of us together.

“I don’t think we should be doing this.”

“I think we should rethink this, it isn’t working.”

I realized, right as Jake and Ashok said we should quit, that we had already made things worse and now we had to finish.

The words flew out of my mouth, at the same time the blurriness of the situation had focused into clarity; I gained control of my thoughts and actions and began delegating tasks to the others. What I remember most about the next instance was the calmness in my voice and how that cut through the mental noise and blurriness. We used this moment of direction and clarity to end the squirrel’s suffering.

Once it was over I was overcome with a sense of relief; as we parted ways we were all confident that everything was okay. All I could think about on the car ride home was going to sleep and moving on to tomorrow.

The next day, Ashok texted me and told me that he talked to his parents about what happened and that they said that he can never interact with me again.

A month later, as I lay in bed awake, I was still, helpless against the onslaught of emotion and memories, but what hurt most of all was the self-doubt. I could feel it eating away at my confidence at an ever-increasing rate. Then I just broke. I began to cry. I could no longer try and make sense of the questions and feelings. All I could think about was the inky blackness consuming my thoughts: What happened? Is Ashok himself upset over my actions or is it just his parents? Was this my fault? Could we have avoided all of this if we had just let things be? Was I in the wrong?

The squirrel’s funeral was a strangely beautiful and elegant ceremony despite being thrown together on such short notice. As I watched the candle teeter over the waves, the beautiful lights of downtown Seattle became the backdrop of this little makeshift raft. Little did I know that I was about to go on a rollercoaster of complex social navigation and that after all was said and done I would keep my friends, but I would also keep wondering.