The Parking Lot (University of Washington/Foster School of Business essay) 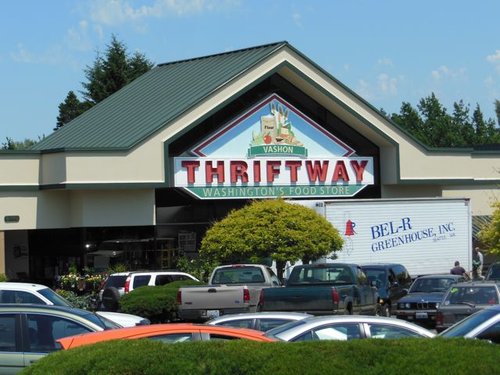 This deceptively simple essay is about as mundane a subject as you can get. Underneath it is a complex narrative flow and subtle use of language (notice how his vocabulary and sentence structures change as he writes about different periods in his life). This wasn’t always intentional; it’s what happens when you tell a story in your own words and then polish it carefully.

I didn’t like Andrew at first. He broke my glasses in the fifth grade–slammed my head into a playhouse door. Little did I know, he would become one of my best friends.

Unlike most people, I’ve had the same best friends since elementary school; we would roam the playground and stay away from icky girls.

In high school, I moved on to new playgrounds. They weren’t necessarily equipped with a jungle gym. The Matthews Thriftway parking lot became our new home. Surprisingly, I’m okay with that.

We make sitting in a cramped car fun. The playful banter never seems to stop, and when you say something, you can almost guarantee that someone will try to poke fun at you.

After 10th grade, I started to hang out with the wrong people. The girls thought they were the prettiest and the guys thought they were the toughest. They didn’t take school seriously, more focused on partying and fun than their futures. Their carefree attitudes and overall “coolness” intrigued me. Drifting away from my real friends, I found a place with these new kids.

I knew I didn’t fit in with them nor did I want to, but I didn’t do anything about it.

I wasn’t a bad kid but it didn’t matter. I didn’t spend time with these people in school, but I hung out with them on the weekends. I became no better than them in the eyes of others.

After being grounded for the third time in six months, it hit me. It just wasn’t worth it. I wanted my friends back. I wanted my parents’ trust back. I had lost the freedom teenagers long for, and for what?

Although I was nervous, rebuilding the relationships with my real friends wasn’t difficult. They knew I was regretful – I should never have left them. They seemed happy I was back, never holding it against me.

I didn’t think I knew as much about my friends as I do. Andrew hides his feelings in an attempt to not seem weak. Jack is somewhat of a “hopeless romantic” even though it’s not obvious. Stuart needs to be complimented due to his own insecurities. I sometimes take the playful jokes to heart. These aren’t flaws, it simply makes my friends and me who we are, and I wouldn’t change it for the world.

I’ve laughed, I’ve cried, I’ve argued in that parking lot. I learned it’s not so much what I do with my free time, but who I spend it with.

We plan to spend the night in the parking lot before we all go our separate ways. Kind of like one last hurrah, but by no means is this the end.