With a Cup and a Spoon (Common App Essay–Middlebury College) 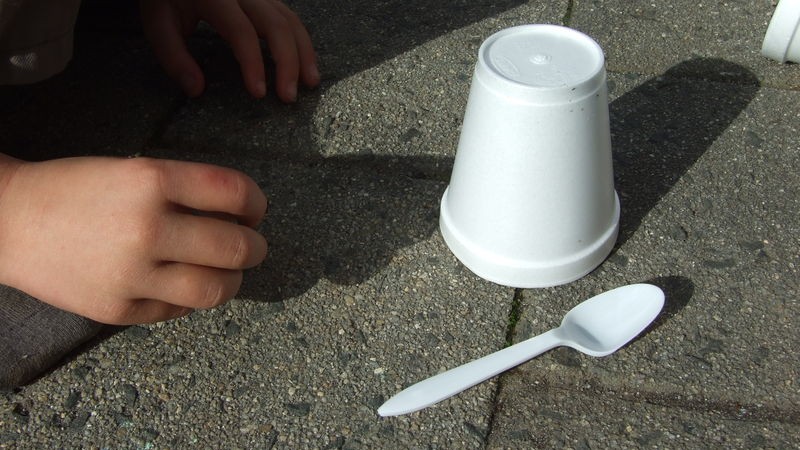 The topic doesn’t matter. What you do with it, does. This is a simple story that captures the writer’s personality, intellect and voice. It’s a thoughtful meditation on values, culture, learning and community written as simply as can be. It was one of only three essays read to the 650 students at Middlebury College’s freshmen orientation—that’s 0.5% of essays at a highly selective college.

With a cup and a spoon you can do it all.

I was rafting on Idaho’s Snake River with my Boy Scout troop. I packed lightly. There was a saying I had on trips like this: the more experience I have, the less stuff I need. I would find a way to make do with what I had or didn’t have.

I thought that I had enough experience to pare my mess kit down to two items: a big plastic mug, and a cheap plastic spoon.

I didn’t bring a spoon.

I tried to bargain my way into a spoon, but it was futile. No one wants to give up their spoon. When you’re a hungry teenager a spoon is the most valuable thing you’ve got.

Boy Scouts is about learning through struggle. If you don’t have something, you suffer the consequences. You won’t forget it the next time.

I therefore did the only thing I could: I made a spoon out of duct tape. It was a terrible spoon, but it got food into my mouth all week. It was dirty and floppy, and crumbs would stick to the spots where the adhesive side of the tape was still showing. I was really proud of it.

Each time I used the spoon it got dirtier and dirtier. It couldn’t really be cleaned. It was so lacking in structure that it was more effective to drag food up the side of the mug than to use the bowl part of the spoon. Everyone was jealous. Not that I had to eat with the spoon, but just the idea of it.

In a way we were both jealous. I wanted their spoons and they wanted mine. Of course they only wanted the good parts. No one wants to sacrifice their reliable spoon, but everyone wants to be that guy who made his out of duct tape. Everyone could see the silver outside, only I could see the food particles still stuck in the crevices from breakfast.

The next summer my pursuit of adventure would take me to Chajul, Guatemala, where I would be far removed from my trivial spoon issues of the year before.

The first night at dinner my host family and I had stew as we crowded around a table clearly built for kindergarteners.

We were hungry and needed food. Everything that I knew told me that the spoons should be even more valuable here. But we didn’t argue over them, we just took turns. Was it unsanitary? Maybe, but it was life.

Whenever I look back at these two situations, I find myself considering the same question: which way was right? And to be honest, I still don’t have an answer. I never forgot my spoon again. But I don’t think that’s the point.

In scouts I was left to my own means, to make do and learn. In Guatemala they would never imagine this.

They just shared their spoons.