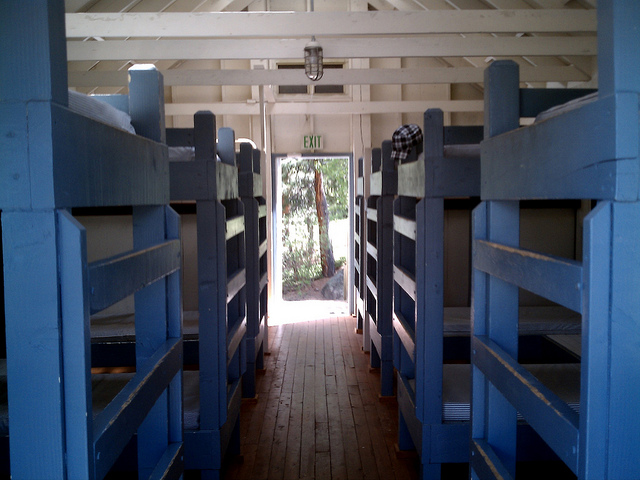 Jacob applied to eleven schools and was accepted by all of them. Two schools offered him scholarships awarded in part to the quality of his essay. His first draft, which he wrote on his own, was pretty dull. His second draft, taking his English teacher’s advice to show a more sophisticated vocabulary and give more evidence of his thesis, made him sound like a pompous jerk.

I lost it when Darius peed in the girls’ cabin. It was the end, the twisted climax of a week I will always associate with pure, unbridled pain.

Darius had been building to this all week. This eleven year old had become my sole responsibility for the week he was at YMCA Camp Orkila, and he was systematically breaking me down. My directors had told me to focus my efforts on him for the week he was here, because as a first year counselor I could use the experience of dealing with a child like Darius. Yet in the seven years I’d been a camper here, I’d never encountered anything like him. Here was a child naturally skilled at wreaking havoc; harassing people and wildlife was an art form for Darius.

Before this week, all I’d wanted was to be a counselor. I wanted to support children and teach them to trust themselves, just as this camp supported me as a camper. I was ecstatic, and spent hours learning the best methods of managing children. But what about when your camper is fifty feet up a climbing tower and unstraps himself to taunt you? I realized that nothing I learned in the workshops had prepared me for Darius.

My drive to help others succeed was gone. After days of being positive with Darius, negative reinforcement became my best friend. It was all I could do to keep him in line.

Then, the finale. I’d been setting up for dinner when another camper told me that Darius had peed inside the girls’ cabin, and ran away to the forest. I led a four hour search party tracking him down, and spent an hour cleaning the desecrated cabin. I was broken. The hours of mental depravity had gotten to me. For those last two days, I paid as little attention to Darius as possible. We only spoke when he created problems.

When Darius got on the bus to leave, I started breathing for the first time all week. But as he boarded the bus, he said something I never expected: “Jacob, thank you for this week. I had so much fun.” That moment still feels as raw today as it did two years ago, and I still can’t put what I’m feeling into words .

No one was waiting for Darius back in Seattle. His foster parents had abandoned him while he was at camp; CPS picked him up a few hours later. I still question myself about how I acted that week. Was I justified in how I treated him? Or was I simply too frustrated to dig deeper and help him, to support him? I tell myself I was only fifteen, it was how anybody that age would handle it. Maybe that’s true. But the idea that Darius is still out there, living a life in which everyone treats him the same way, still haunts me. It will for a long time to come.